Posted at 16:04h in Uncategorized by Pamela 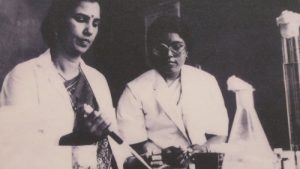 The streaming giant has picked up the film (1 x 74 minutes; 1 x 52 minutes), which tells the story of the trailblazing doctor who discovered HIV in India, for Southeast Asia and India.

Meanwhile, Limonero has also sold three series of Inside the Storm: Back from the Brink (12 x 60 minutes) into more than 20 territories worldwide, including Germany’s ZDF, France’s Canal +, RTL Netherlands and Amazon for Australia and New Zealand.

The distributor, which was founded by managing director Pamela Martinez Martinez in 2016, is launching a number of titles at next month’s Mipcom market, including Make Productions’ Edible Wild (6 x 30 minutes), immigration doc Winter In Europe (1 x 70 minutes), Dartmouth Films’ The Atom and Us (1 x 52 minutes) and feature doc The Artist & The Pervert (1 x 96 minutes).

Martinez Martinez said: “As we enter into our third year of business, I am very proud of the eclecticism of titles in our catalogue. In this very competitive media landscape, Limonero Films wants to offer real support and transparency to our producers, and the best quality factual entertainment, and documentaries to international broadcasters.”