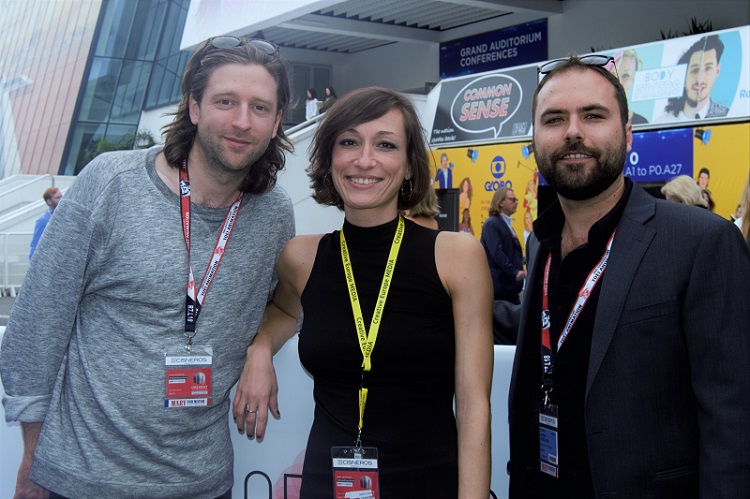 Posted at 10:21h in Uncategorized by Pamela

Newly-created distributor Limonero Films has come back from its first MIPCOM with a deal for UK rights to The Amazing Gayl Pile.

The show was an original for Seeso, the US comedy SVOD service run by NBCUniversal.

Limonero was set up by Pamela Martinez Martinez, a former TCB Media Rights and Boulder Creek sales executive, as a London-based distribution firm. MIPCOM was its first market.

The Amazing Gayl Pile is a Seeso original, currently in its third season in the US. It also airs on CBC Comedy in Canada. The show follows the titular Gayle as she sets out to conquer the world of TV shopping.

The show is made by La Rue Entertainment, which is run by producers Matt King and Andrew Ferguson (pictured with Martinez Martinez).

Seeso launched late last year. The US$3.99 a month US service will include episodes and clips from shows such as Saturday Night Live, the UK and US versions The Office and Monty Python’s Flying Circus.