Some Highlights from Limonero Film’s HQ

15 May Some Highlights from Limonero Film’s HQ

Posted at 13:46h in Uncategorized by Pamela 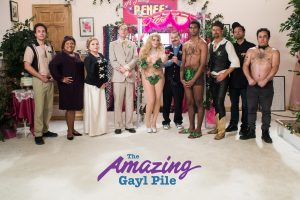 It has gone extremely fast: the first nine months of life of Limonero Films are almost over.  We would like to share with you what we have been up to. Please keep reading!

The following are some of the highlights of the past nine months:

Some new, and some known buyers; we are thrilled with the response titles such as Inside the Storm: Lessons from the Boardroom and Paddle for the North are having. We are representing three programs from Al Jazeera Documentary Channel – Rebel Geeks, Science in a Golden Age and In Search of Putin’s Russia -, and two from the wonderful Need Productions – A Chef and Her Lucky Star and In the Darkness: Inside Ivory Coast’s Abidjan Prison -. We also added the gripping The Divide, and A Musical Journey on the Silk Route to our original portfolio, which includes Mobylas and The Amazing Gayl Pile.

– BUREAU 39 / The Soprano State –  A very topical film about how North Korea is funding their nuclear ambitions and lifestyle. Produced by MAKE Productions and directed by Liz Mermin, we are sure this story about the DPRK’s secret bureau will have audiences hooked.

– The Defenders and The Battle for Venice – We are working with Dartmouth Films and Medialab UK for the first time on these two projects, helping to fund production to take the directors’ visions to the screen.

– Who Killed My Mother? The Story of Marisela Escobedo – Produced by the Mexican prodco Scopio, this film will tell the story of a woman who challenged the Mexican judicial system to find justice for her daughter, and was killed herself, in front of her family.

We continue to be passionate about independent productions and creators and are always in the lookout for new collaborations.

I would like to thank you for supporting Limonero Films during this time, and I look forward to working together (or again!) in the near future.

See you soon at a market or festival!